The Shrewsbury River Yacht Club is an association of members and their families. It has two primary goals:

To provide boating and social facilities for the enjoyment of members and their families.

To provide boating and social facilities which foster friendships between members and their families.
Though the SRYC consists of individuals from diverse backgrounds, occupations and interests, the fulfillment of these goals should be the common purpose of all officers, member and prospective members.

The SRYC is a member of the Yachting Club of America and the U.S. Sailing Association.

Our History – The Players Club

The Shrewsbury River Yacht Club – located on the North Shrewsbury River commonly called the Navesink – is steeped in a rich and colorful past that is perhaps unique among yacht clubs. Not only were its founding members boating enthusiasts but celebrated theatrical people as well. At the turn of the century, the village of Fair Haven was known as the place “on the beautiful Shrewsbury where Broadway comes to rest after a hard season of playing the boards.”

Led by New York Theater Tony E. Hunting owner Henry Clay Minor, a colony of some seventy-five vaudevillians took summer residence in the cottages and hotels around Doughty Lane and Kemp Avenue. It was a large and social group that soon found itself in need of a place to gather. So they held a meeting in a barn behind the home of Tony Hunting on the comer of River Road and Doughty Lane and decided to buy a houseboat that would serve as their clubhouse. A suitable houseboat was located in Red Bank but the club treasury was insufficient to cover its purchase. Fortunately, there was a readily available solution. They decided to put on a show. The troupe marched through the streets of Red Bank in an open car motorcade that ended at the Frick Lyceum – a stage then located where the tennis courts are now in Marine Park. The show was a success and raised the $250 necessary to purchase the houseboat and tow it to the site of the current clubhouse.

True to their calling, they picked an auspicious occasion to celebrate the opening of their Players Club” and it was July 4,1910. Tom Morrissey was elected its first President and his brother-in-law Tony Hunting served as Vice-President. Membership was strictly limited to theatrical folk, and the greats of the era were members and frequent visitors. While Al Jolson and Eddie Cantor were occasional guests, Annie Hart was the resident celebrity. A famous Ziegfield star, Annie Hart was affectionately known as the “Sheriff of Fair Haven” and the press covered “Players Club” parties with as much dedication as they did her Broadway career.

As social life thrived in the tiny Players Club, it soon became apparent that a larger clubhouse was needed. A second houseboat was located in Coney Island Creek. It was purchased for approximately $2,500 and towed from New York to Fair Haven where it spent the first winter in Fourth Creek just off Battin Road. Once wide and deep, this creek now would scarcely float a rowboat at low water. The new clubhouse was moved to its proper site in the spring and the original was converted into a bungalow and moved to Elm Street. The second houseboat was once a chain ferry and it had undergone extensive remodeling that included the construction of two second floor bedrooms, and a heating plant. One of the bedrooms was abandoned in favor of a kitchen and a balcony was added.

In 1930 the current clubhouse was erected on pilings 110 feet from the shoreline and while substantial improvements have been made to dockage and decoration, the basic structure remains quite similar to the houseboat from which it was designed.

Meanwhile, talking movies were steadily eroding the popularity that vaudeville had enjoyed for these many years and little by little the Players membership thinned. By 1939, the club could no longer enforce its “Players Only” membership requirements, and a traditional boating orientation developed. It was then the club was reorganized and incorporated as the Shrewsbury River Yacht Club. It had two boating members and dues were ten dollars.

The club has changed dramatically as how we know it present day. Prior to 1959 the bar was located on the East side of the building in the shape of a skiff and to the North of the edifice was a ramp and a float.

In 1952 a pier was constructed which was extended in 1958 to its present length. A year later the bar was moved from the Eastside of the club close to its present location.

Eight years later, air conditioning was installed and the picture windows which give us the beautiful view of the river replaced the small paned windows.

In order to extend the main room of the clubhouse, the former porch was enclosed with our current bar. A porch was added above the new addition.

The Shrewsbury River Yacht Club has enjoyed many significant events over the course of its history. One of its finest moments however, occurred during the celebration of the nation’s Bicentennial. The SRYC was designated by the Operational Sail committee as the host club for two of the visiting foreign “Tall Ships.” The Nippon Maru of Japan and the Gloria from Colombia were anchored in Sandy Hook Bay and the officers and student crews from each ship were the honored guests of the club. With dignitaries in attendance from Diplomatic Missions to the UN, the glamour and pageantry of this celebration was in keeping with the general lifestyle of the original Players Club. Ironically, the date was July 4, 1976 the country’s 200th birthday and the 66th birthday of the “Players.”

In 1990 the interior of the club was refurbished. Dark plastic paneling installed in 1966 was removed and replaced with beautiful cherry wood paneling. In addition, custom-made drapes completed the decor.

In 1992 research was commenced to locate pictures of all past commodores which culminated in two plaques being unveiled at a clubhouse reception in September 1993. All past commodores and their families were invited with some guests coming from Oregon and Florida.

The club has weathered many storms such as Hurricane Donna on September 12, 1960 bringing 6″ of water into the clubhouse. On December 11, 1992 the “Storm of the Century” hit the eastern seaboard with major devastation to the shore area. The main dock was completely destroyed but fortunately the interior of the club was spared. Work parties started earlier than usual to restore the club, which was accomplished for the May opening. The sprinkler system was installed in 1993.

In 1994 the Commodore’s Award was established to honor a member who showed exemplary club spirit by giving extraordinary time and effort to the club.

In 1995, a historical happening occurred when women were allowed to become members for the first time of the previous all male club. 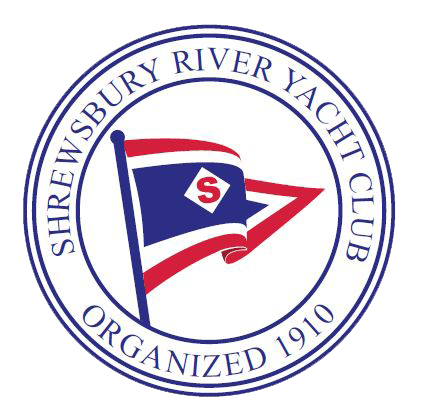